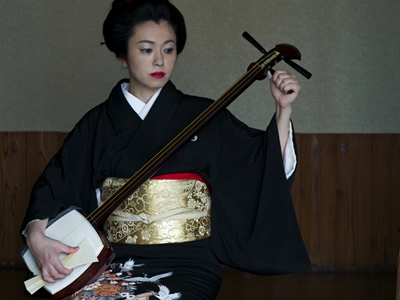 １：The patience and the passion 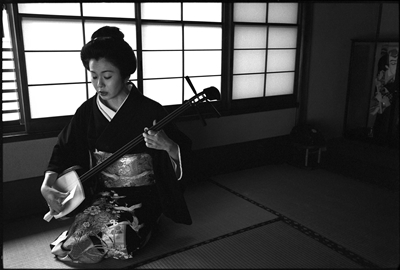 Saiou says;
“I have three important duty as the player of the Japanese classical music.
-Firstly, inherit the tradition of ancient people.
-Secondly, playing Shamisen music for modern people.
-Thirdly, passing down sprits of traditionl Japan to the next generation.

It is to express a Japanese heart that I value most.
That is, passion, and patience.

I play the Shamisen wearing Japanese traditional folk costume, kimono.
Kimono is a very symbolic costume of  ‘the patience’.
However,  I also have’the passion’ as a person living in modern Tokyo. 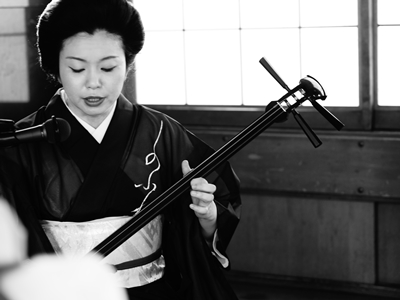 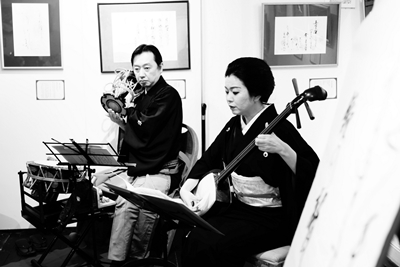 ３：The calm-The moment is no sounds includes the limitless worlds.I pray for her dancing goes well at the moment of no sounds. 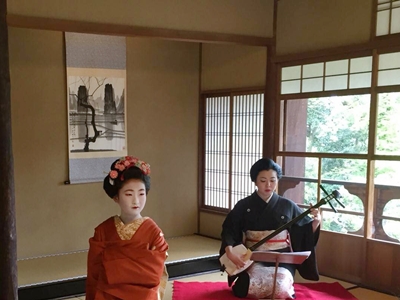 ４：The smile-Smiling is only for private reliable friends.The traditional Japanese musician is not permitted in time of the formal performance. Restricted smile is sometimes the role as traditional Japan music artist. 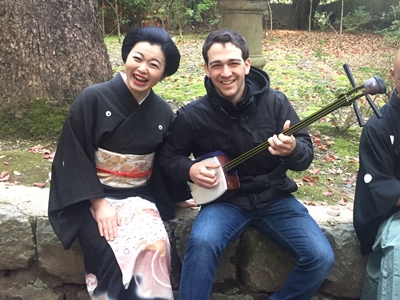 photo by Ryuta Yamaguchi,friend in Kyoto 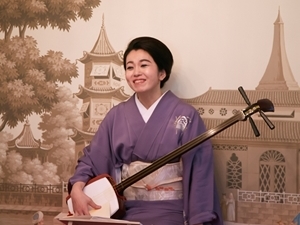 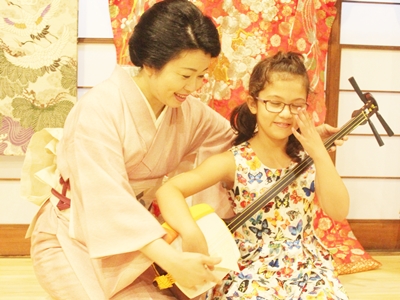 Work at traditional Japan music concert for junior high school student:she has been woking for it more than ten years. 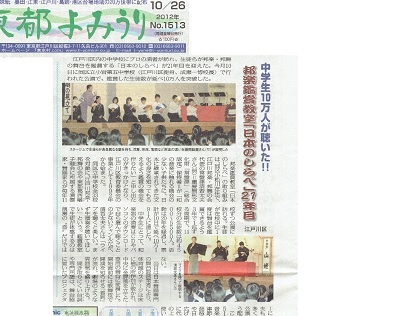 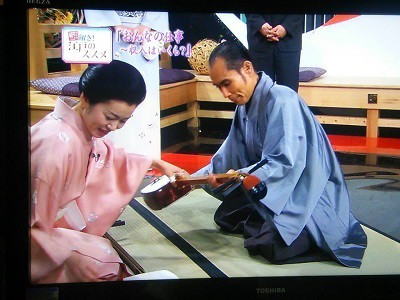 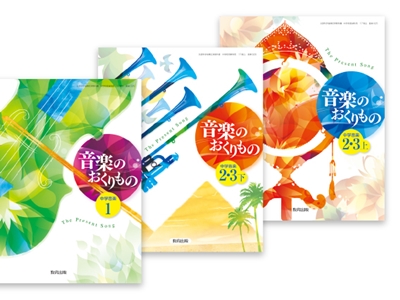 Work for the insurance company’s web site with actor 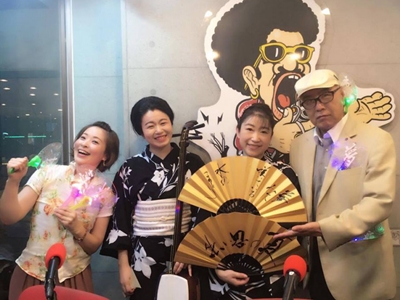 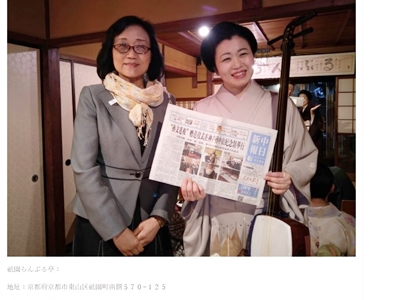 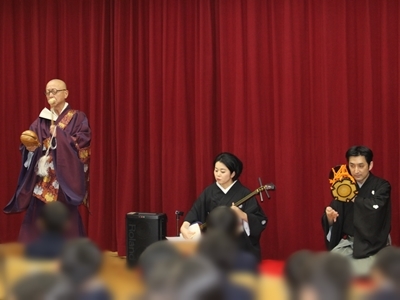 Flyer of Art of Tokyo in Swiss/ March 2017photographer:Daniel Gendre,Swiss 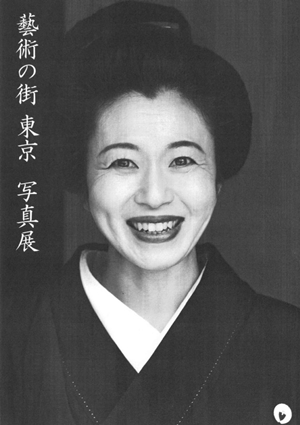 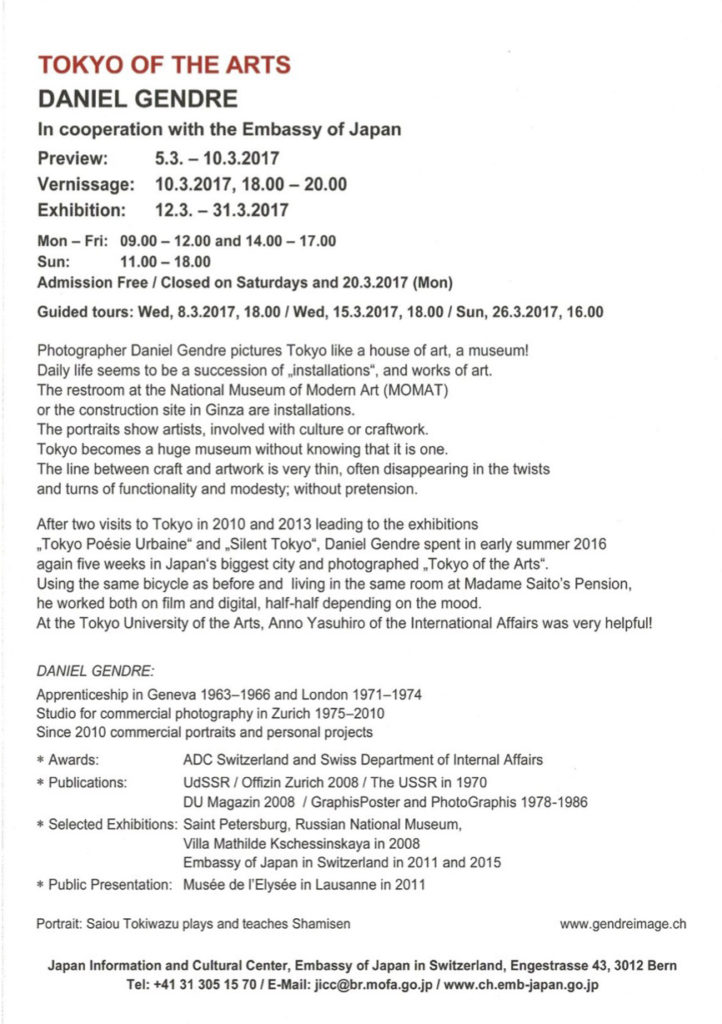 Works of concerts and lives-Sakura-concert(traditional Shamisen music concert)1-7, Salon Concert of Shamisen and strories 1-12, Shamisen live of Japanese Ghost stories1-6 and so on 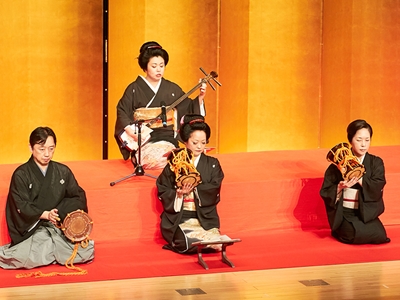 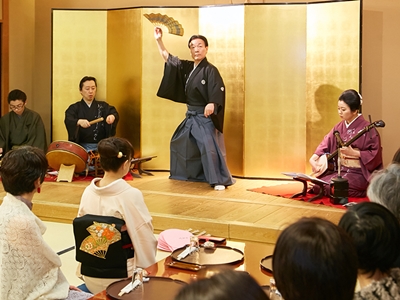 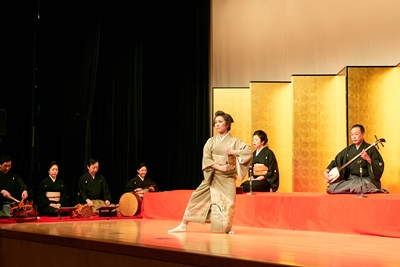 with thanking for saiou’s many friends, musicians, and …